Paraquat is a toxic chemical that is widely used around the globe as an herbicide or weed killer. Recently, exposure to paraquat has been linked to Parkinson’s disease. If you’ve been diagnosed with Parkinson’s disease as an agricultural worker or licensed commercial user, you may have grounds to file a product liability lawsuit against the manufacturer. Our San Antonio paraquat lawsuit attorneys at Hill Law Firm can help you understand and defend your rights.

Paraquat is a toxic chemical that has been approved for use in certain commercial products since 1961 – namely, herbicides used for weed and grass control. It is so dangerous that ingesting even a small amount can be deadly. In the United States, paraquat is classified as “for restricted use” by the Environmental Protection Agency (EPA), meaning that only people with commercial licenses for using paraquat may apply herbicides that contain this ingredient.

Exposure to paraquat can come in the form of getting this poison on the skin, accidentally ingesting it in contaminated food or water, and inhaling droplets of it that are in the air. Workers who are commercially licensed paraquat applicators are the most at risk for exposure. However, others could also face environmental paraquat exposure. For example, paraquat sprayed on the ground could seep into the groundwater and pose a risk of widespread poisoning. 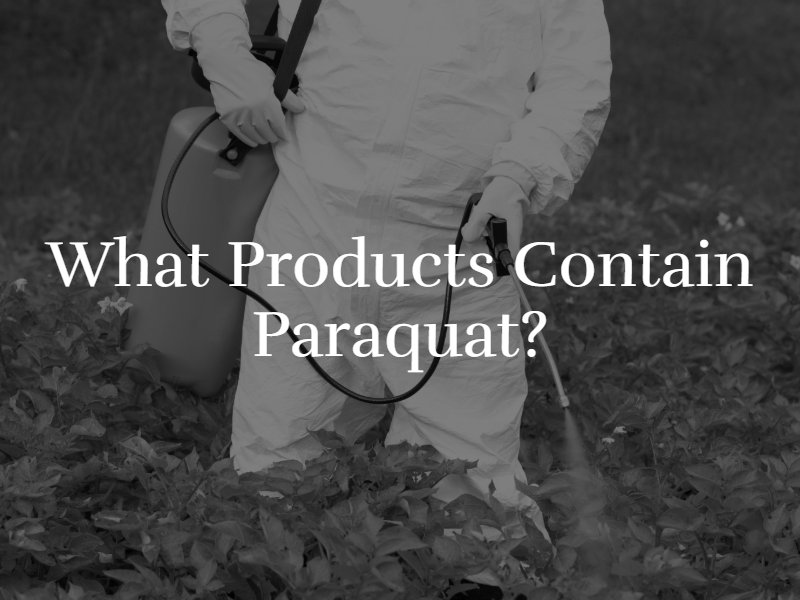 Paraquat is one of the most commonly used herbicides in the country. It is currently listed as the active ingredient in popular herbicides and weed killers such as Gramoxone SL 2.0 Herbicide, Para-SHOT, Parazone, Ortho-Paraquat, Helmquat, Firestorm, Quick-Quat, Blanco and Devour. It is not an active ingredient in RoundUp, although this herbicide has been involved in separate lawsuits for health risks. The top manufacturers of paraquat products include Syngenta, Adama group, and Chevron Chemical Company.

Texas is a major state for paraquat use due to the large farming and agricultural industries here. It is at the top of the list in terms of paraquat use, second only to California. According to data from the Environmental Protection Agency (EPA), the 10 states that currently report the highest amounts of paraquat usage are (estimated usage in kilograms):

The top eight counties for paraquat exposure are all in California. Texas, Washington, Arkansas and North Carolina also have counties with high estimates of paraquat usage. The counties in Texas include Lynn, Lubbock, Gaines, Hockley, Dawson and Terry Counties. Nationwide paraquat usage has increased significantly over the last 20 years. In 1997, the EPA estimated about 2,572,001.60 kg. of paraquat use. By 2017, this more than doubled, to 6,679,463.30 kg.

Can Paraquat Cause Parkinson’s Disease?

Manufacturers of herbicides that contain paraquat are currently facing lawsuits due to a potential connection between this chemical and Parkinson’s disease. This link was first publicized by an Agricultural Health Study that was partially funded by the National Institute of Health. This study stated that exposure to paraquat increased the risk of farmers developing Parkinson’s disease.

Parkinson’s disease is a neurodegenerative movement disorder that affects the nerve cells in part of the brain. It can cause problems with balance and movement, including involuntary tremors, muscle rigidity and slow movement. It can also affect cognitive function, cause sleep disorders, constipation and depression. Parkinson’s is a permanent disease with no known cure. It is also a progressive disorder, meaning that it gets worse over time.

The ongoing lawsuits regarding paraquat are asserting that exposure to herbicides containing this toxic chemical increased their risk of getting Parkinson’s. They state that herbicide manufacturers knew about this risk but failed to warn the public. They also assert that the herbicides are designed defectively.

Am I Eligible for a Paraquat Settlement?

If you are a farmer, agricultural worker or consumer who believes there is a link between your Parkinson’s disease diagnosis and exposure to paraquat, you may have grounds for a lawsuit. Most product liability lawsuits use the doctrine of strict liability, meaning that it is not necessary to prove that a manufacturing company was negligent. Instead, the requirement is only to prove that the product in question contains a defect and that it caused the plaintiff’s injury or illness.

The paraquat lawsuits claim that the herbicides had design and marketing defects. The lawsuits have also used other grounds, such as negligence and breach of warranty. Negligence is the argument that the manufacturing company failed to act with reasonable care to protect its consumers, such as by skipping necessary safety tests. A breach of warranty is the failure to fulfill a promise given to consumers. Ongoing paraquat lawsuits are still in their early stages; no settlement has yet been reached. 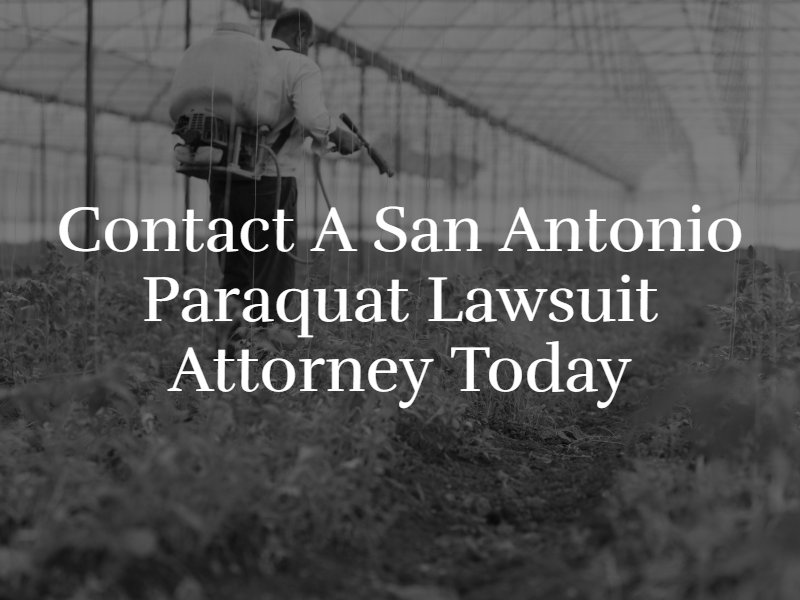 If you have been diagnosed with Parkinson’s disease as someone who has been exposed to an herbicide with paraquat, don’t hesitate to contact Hill Law Firm for a free case consultation. Consult with the best personal injury attorneys in San Antonio who can carefully review your case to let you know if it has merit. If so, we may offer to represent you in the fight for justice and financial compensation from an herbicide manufacturer. Call (210) 960-3939 or contact us online today to request a free paraquat case review.