The Merchant Marine Act of 1920, commonly referred to as the Jones Act, authorizes a cause of action for any seaman who has been injured during the course of his employment, as well as for the personal representative of any seaman who has died as a result of personal injuries sustained during the course of his employment.  Under the Jones Act, an employer will be held liable for any damages sustained by an injured worker due to the negligence of the employer, a co-worker, or an agent of the employer. If you’ve been injured while working offshore, contact the Hill Law Firm offshore maritime injury lawyer in San Antonio. 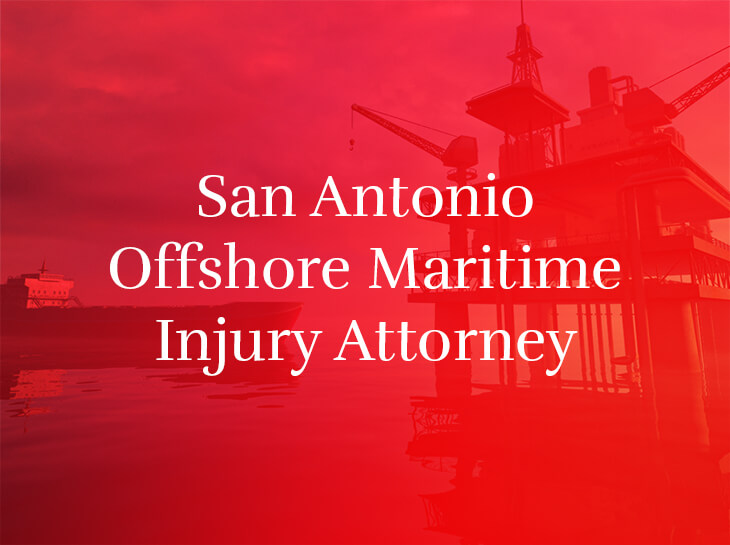 Who Qualifies as a “Seaman”?

Though the Jones Act itself only makes direct reference to “seaman,” courts have interpreted the law to apply to various types of crew members working on offshore vessels.  As a general rule, workers are protected under the Jones Act if they (1) are permanently assigned to the vessel in question, or perform a substantial portion of their work on the vessel, and (2) if the nature of the work being done by the employee contributes to the function of the vessel, the accomplishment of its mission, or the general operation or maintenance of the vessel.

Although the determination of whether or not an employee is covered under the Jones Act will necessarily depend on the particular facts of a given situation, courts have previously found that it has covered employees such as:

What Qualifies as a “Vessel”?

Though the term “vessel” has traditionally referred to crafts which are used to transport goods or persons traveling on water, questions have risen as to whether the Jones Act may also apply to other types of special-purpose equipment used offshore.  Courts have examined this issue with respect to drilling platforms, derricks, dredges, floating cranes, and the like, and have very often come to the conclusion that it does.

Because the determination of whether a particular apparatus qualifies as a “vessel” will inevitably vary based on a wide variety of factors, it is imperative that an individual attempting to bring a claim under the Jones Act consult with a competent and experienced attorney in order to ensure that he is afforded the full protection he is entitled to under the law.

What Types of Injuries Does the Jones Act Cover?

Once the determination has been made that a worker is in fact protected under the Jones Act, any and all of your offshore maritime injuries sustained during the course of his employment as a result of the employer’s negligence are covered.  Additionally, a wrongful death action may be brought by the family of a worker whose death occurred as a result of the employer’s negligence.

According to the U.S. Bureau of Labor Statistics, derrick operators and rotary drill operators face a higher than average rate of nonfatal injuries.  Because the nature of offshore drilling work is inherently dangerous, extra precautions must be taken at all times in order to ensure the safety of these workers.  Imperative to maintaining a safe work environment is ensuring that workers make use of proper protective equipment at all times and that effective safety regulations are in place to safeguard the health and well-being of employees.

If you have been injured or lost a loved one in a maritime accident or offshore accident, call a San Antonio personal injury lawyer at Hill Law Firm today to discuss your case.