Your church should be a place you feel safe – not one that turns your nightmares into reality. Sadly, thousands of people in the U.S. face atrocities such as sexual abuse, assault and harassment from trusted clergy members. Priests, deacons, bishops and other members of the Catholic Church may prey on vulnerable parishioners, especially children, for sexual means.

According to reports, it is estimated that, in the United States alone, more than 8,500 survivors of clergy child sexual abuse have recovered nearly $4 billion in restitution from the Roman Catholic Church for claims involving those types of allegations. And while this may seem like a huge number of survivors, many experts believe the number of victims could total well over 100,000.

If you are a survivor of San Antonio Catholic Church sexual abuse, the lawyers at Hill Law Firm can help. We treat sexual abuse and assault cases with the utmost respect, care and confidentiality. We understand how distressing it can be to come forward with your story and aim to make it as easy as possible. Let us help you hold one or more parties accountable for the grave injustice of clergy abuse. Contact us today for a free consultation.

How Long Has the Catholic Church Known About Their Child Sexual Abuse Problem and Where Can I Find Details?

For many decades, the Catholic Church hierarchy, including many within the highest reaches of the Vatican, covered up thousands of instances of child sexual abuse. The church kept secret files hidden  from authorities, lawyers and victims. Even in the face of hundreds of lawsuits, the church hid information.

The cover-up by the Catholic hierarchy, which went up to the Vatican leadership, went much farther than hiding files detailing abuse. On top of hidden files and hidden perpetrators, the church allowed some predators to move up higher in the church. For example, despite numerous widely known allegations of pedophilia, one Cardinal, Cardinal McCarrick, was promoted through the ranks to the highest echelons of the Roman Catholic Church. Of course, not all priests were abusers. Case in point was Richard Sipe, a former Catholic priest who served as a strong advocate for abuse victims and who led the fight to force the Catholic Church, including the Vatican, to turn over all of its secret files. 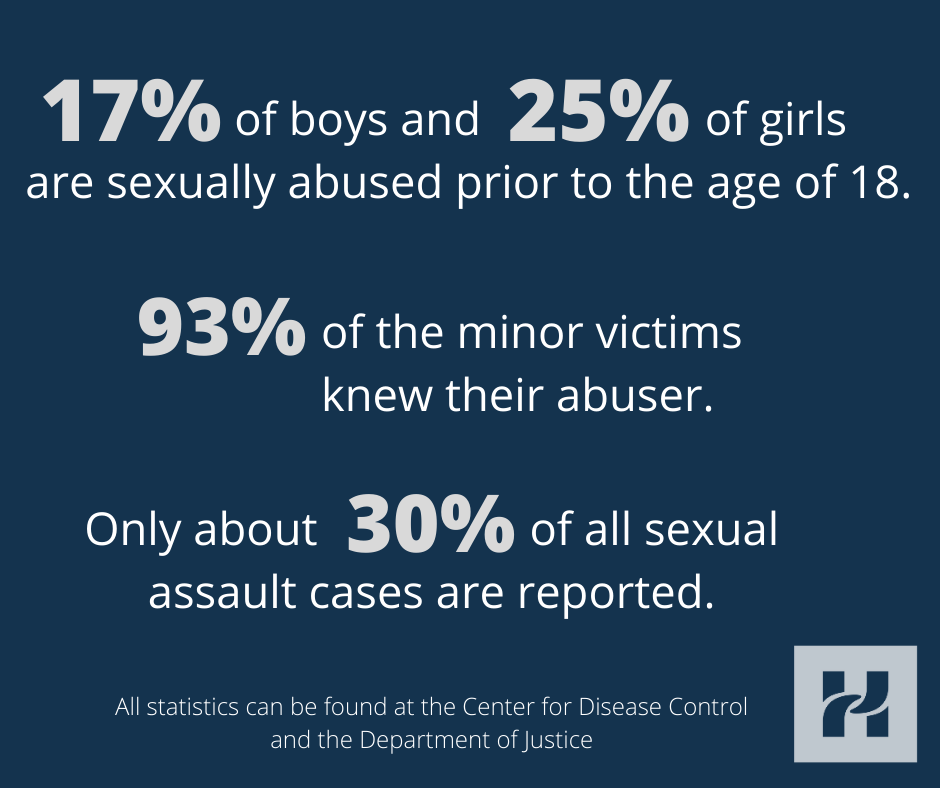 The overall statistics surrounding child abuse are both sobering and extremely disturbing. According to the Centers for Disease Control and Prevention (CDC), about 17 percent of boys and 25 percent of girls are sexually abused prior to the age of 18. According to one study, of the cases reported to law enforcement, 93 percent of the minor victims knew their abuser. The National Sex Offender Public Website (NSOPW), administered by the Department of Justice, reports that only about 30 percent of all sexual assault cases are reported. This is all to say that the data available regarding child sex abuse in the Catholic Church may only be a very small proportion of the abuse that occurred.

What Are My Rights if I Was Abused by a Catholic Clergy Member or Other Employee of the Church?

The rights of those victimized, as adults or children, by members of the Catholic Church are similar no matter what state or city in which the crime occurred. First, a victim does not have to remain silent. They  should not be scared to come forward and tell their story and press criminal charges. The criminal system has prosecuted hundreds, if not thousands, of predators who preyed on members of their church. Second, a victim may have the right to seek justice through the civil justice system. This involves filing a lawsuit for compensation related to the injuries and damages associated with the assault. Not only do victims suffer from mental anguish and physical injuries, they also likely need monetary compensation to help them afford the mental health treatment that they will require during their lifetime.

The emotional and mental injuries from a single instance of childhood sexual abuse can last a lifetime. According to the Rape Abuse & Incest National Network (RAINN), almost 40 percent of victims experience later relationship issues with family and friends as well as with co-workers. In addition, the likelihood that a person suffers depressive or suicidal thoughts also greatly increases after experiencing sexual abuse. Back in 2017, the Department of Justice released the National Crime Victimization Survey, which reported that every 98 seconds another American is sexually assaulted.

Over the course of several decades, survivors of sexual abuse committed by Roman Catholic clergy have been stepping forward around the world and not only in Texas and the United States. Many victims have told disturbing stories of abuse that occurred while they were still children. The constant wave of allegations that has continued for decades has spurred nothing short of a movement toward holding individual clergy, as well as the church leadership and institutions who enabled them and covered them up, accountable. This has been happening all over the country, including San Antonio and Texas, as well as all around the world. For years now, survivors of clergy abuse have sought put that accountability by filing civil lawsuits for damages and other relief and demanding change, so that it never happens again.

Can I File a Sexual Abuse Lawsuit or Assault Claim Against the Catholic Church?

Depending on the state, victims of sexual assault or abuse can file a civil lawsuit against the parties responsible for that assault. That lawsuit will allow them to seek monetary damages for their injuries and monetary losses related to their victimization. Victims of sexual abuse struggle with a number of debilitating conditions, including depression, anxiety, PTSD and many others. Those conditions can make things very difficult for the victim. Many sexual assaults go unreported; the very thought of facing their abuser can seem overwhelming and going against your own church adds an additional mental hurdle.

There is also a dilemma when it comes to time. Many who were sexually abused as a child or teen don’t recall the events of the abuse until years later when they are adults. In many cases, the abuse goes unreported because victims are scared, do not know where to do, have been threatened, are worried about stigma, or believe their abuse happened too long ago to receive justice. Thankfully, many states have changed their law to help survivors come forward. In fact, the rules have been changing slowly over the years, to the point that now more than ever, survivors of sexual abuse are more empowered than ever to come forward and stand up to these predators without as much fear.  Many states have passed laws that protect identity of victims, extend the time to file lawsuits, and have maintained data on abusers.

In some lawsuits, multiple victims have banded together to file a claim against a church or perpetrator together. The strength in numbers mentality helps many victims find the courage to come forward and fight. Those who pursue legal claims against their abusers actually have a hand in helping prevent others from being victims of sexual assault and give other victims the courage to come forward. In addition, many victims say that holding their abuser accountable served as a key part of their healing process. With more and more predators being prosecuted, victims are gaining a lot more courage to speak out against their abusers and file lawsuits against those responsible for the abuse.

Will Filing a Lawsuit Lead to Greater Accountability?

In America, lawsuits have been responsible for changing behaviors, products, and organizations for a century. When entities are forced to pay substantial money, they find ways to avoid those liabilities in the future. Catholic clergy abuse survivors in San Antonio, Bexar County, the state of Texas and beyond have found accountability through the courts. In turn, they have made changes to the church institution.

A civil action helps prevent further clergy abuse by punishing the church. Many jurisdictions, including Texas, allow for the recovery of punitive damages in cases of intentional harm and gross negligence. These damages serve to punish and deter sexual misconduct. Courts also award injunctive relief in some cases, which essentially amounts to a court order that directs wrongdoers to take preventive actions so that clergy abuse does not recur.

Do I Need a Clergy Sexual Abuse Lawyer?

Many clergy abuse cases involve the vicarious liability of the larger religious institution, such as the Archdiocese of San Antonio or the Catholic Church. Although an individual priest may have been the perpetrator of sexual abuse, the institution has a responsibility to take steps to prevent sexual abuse and respond to reported incidents properly. Unfortunately, many dioceses have a documented history of failing to notify authorities and concealing abuse within churches. This could make them accountable for damages. An attorney from Hill Law Firm can help you go up against religious institutions in pursuit of justice and fair compensation in San Antonio, Texas.

Recently, the Catholic Church has made strides to be more honest and transparent about the prevalence of sexual abuse and assault within the clergy. Pope Francis passed a law that makes it mandatory for dioceses to publish records of documented allegations against priests and other members of the clergy. The Archdiocese of San Antonio complied with this law on January 31st, 2019 when it released a report of clergy members credibly accused of sexual abuse.

The list of credibly accused clergy included 55 names, with recorded incidents dating back to 1940. All but one accused individual were priests. Most accounts occurred between the years of 1970 and 1979. The Archdiocese of San Antonio has not documented any new incidents since 2010. Fifteen dioceses in Texas, covering millions of parishioners, released similar Disclosure Lists. Statewide, the lists named 286 credibly accused individuals.

What Is the Statute of Limitations?

Currently, survivors of sexual abuse have 15 years from the date of the alleged abuse or assault to bring civil claims for damages. If the survivor was a minor at the time of the incident, he or she has 15 years from the date of his or her 18th birthday (age 33). In May 2019, the House unanimously approved a bill that would help child sex abuse survivors take on institutions. If passed into law, House Bill 3809 would double the statute of limitations on civil sexual abuse lawsuits. It would give survivors up to 30 years after their 18th birthdays. State laws are always changing. Discuss your specific case with an attorney to learn your time limit to file.

When I Report the Catholic Church for Clergy Sexual Assault, Can I Do So Anonymously?

In Texas, when someone reports any kind of abuse to the state Department of Family and Protective Services (DFPS), the DFPS is required by law to keep the identity of the victim confidential. They are only allowed to reveal your identity under certain very specific circumstances. After you’ve made the report, DFPS may include your identity later on but only in limited circumstances. 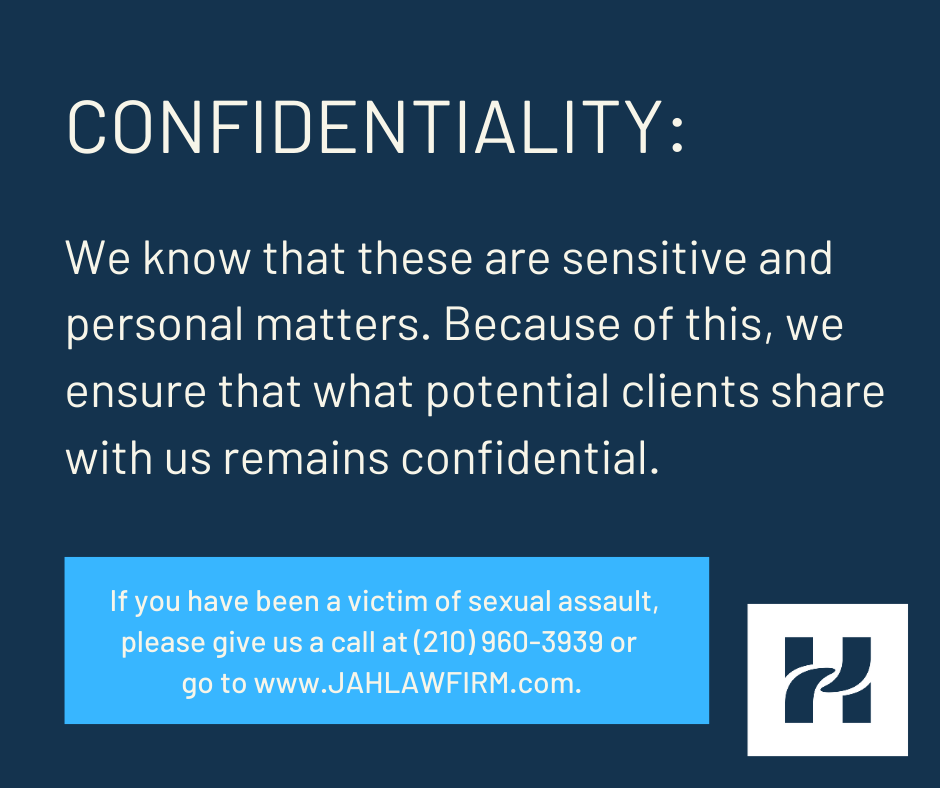 Our law firm does everything we can to protect the identify and any identifying information of our sex assault clients. That normally means that we file our lawsuits using only the initials of our clients or as “Jane/John Doe”.  We will always keep every conversation you have with anyone in our firm confidential. When we respond to any inquiry, we will always do so with discretion and sensitivity.

The Hill Law Firm cares deeply about bringing justice to survivors of sexual abuse. If you or a loved one is a survivor of clergy abuse in San Antonio, please contact us to request a free and completely confidential meeting with our lead attorney. We treat every claim with care and the highest standards of privacy. Hill Law Firm will be your advocate in fighting the church for justice. Call (210) 899-5031 for your free case review today.