According to Texas and San Antonio rules, bicycle riders are entitled to share the road with other vehicles. Unfortunately, every year, there are far too many accidents involving bicyclists – upwards of 30,000 of them every year – and most of them involve motor vehicles. Worse, as we all know, most of the drivers in such accidents occur due to the negligence of the motor vehicle driver. Too often, bicycle accidents occur when drivers don’t check their blind spot before changing lanes or turning, which means they often turn directly in front of the bicycle or sideswipe them carelessly. Thousands of cyclists every year suffer a serious injury when a driver fails to pay proper attention to what they’re doing. Of course, with incidents of distracted driving on the increase both nationally and in Texas, this problem is getting worse. Fortunately, our San Antonio bicycle accident lawyer can help. 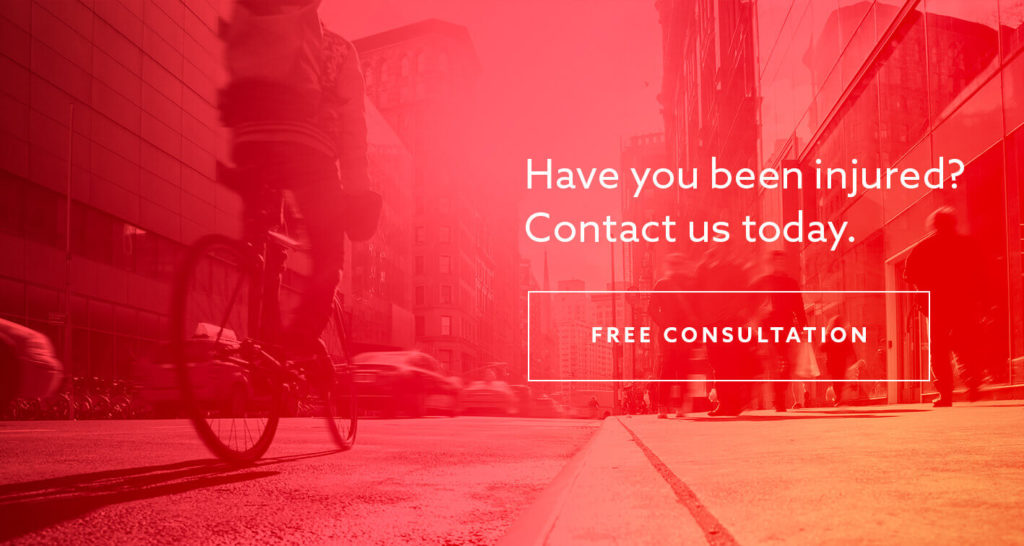 Bicyclists should take precautions of course, and do everything they can to stay as safe as possible. For example, they should always keep in mind that Texas traffic laws apply to bicycle riders, as well as motor vehicles. However, the San Antonio bicycle accident lawyer at Hill Law Firm recommends they take additional precautions, given their exposure on the road:

No matter what precautions you take, sometimes an accident happens anyway. And because bicyclists are more exposed than the drivers and passengers in motor vehicles, the injuries are usually much worse, even if the crash doesn’t result in death. Often, bicyclists suffer head injuries, including traumatic brain injury or closed-head injury, which happens when the brain suffers a severe impact. Bicyclists who have suffered a brain injury may experience any of a number of symptoms, including an inability to focus, headaches, changes in personality or a diminished energy level, as well as fatigue, dizziness and nausea. Therefore, anyone who is in a bicycle accident should see a doctor immediately if any of these symptoms are present.

Of course, after they see a doctor and begin treatment, they should then see an attorney to help them through the system. A San Antonio bicycle accident lawyer knows the law in Texas protects the rights of bicyclists who use the road safely, so it is very important that the injured accident victim get the help of an attorney who knows the system. There are many factors that go into a bicycle accident case, which means it is necessary to conduct a thorough investigation of all circumstances of the accident. It is important to do that as soon as possible, in order to determine who may be at fault. Usually, it’s the vehicle driver’s fault, but not in every case. In many cases, there may be multiple parties at fault. For example, of the bicycle was defective, the manufacturer or the seller may be at fault. Perhaps the repair shop made an error when it came to maintenance. In some cases, the municipality or other government agency is responsible for not maintaining the roads properly.

Bicycle safety and road awareness go hand-in-hand.  When anyone is learning to ride a bicycle they are taught some fundamental aspects of biking safety.  Typically, these include instructions to be aware of your surroundings, pay attention to other motorists, wear a helmet, wear bright clothing and to not bike at night without some sort of reflective gear or lights.  Further, cities are becoming much more bicycle friendly and many provide dedicated paths for cyclists.  In spite of all these great efforts to increase biking safety, it is not always enough.

A factor in many bicycle accidents is other motorists, motorcyclists, and commercial motor vehicles.  When people get their licenses to drive motor vehicles they are not given much instruction regarding bicyclists on the roadway other than to be aware and share the road with the cyclists.  That information has clearly proven to be insufficient.

In Texas, in 2011, there were forty-seven cyclist fatalities–a 9.3% increase from 2010.  In an attempt to lower the number of fatalities and injuries to cyclists the State of Texas has taken up campaigns to remind motorists to share the road and be aware of cyclists.  By learning the causes of these accidents many may be avoided.  Some of the most common causes of cycling accidents include:

When motor vehicles and cyclists are involved in accidents, it is often the cyclists that suffer serious catastrophic injuries if they survive.  It is for that reason that motorists must be very careful to pay attention and share the roadway.  Cyclists also must ride fully aware of their surroundings and obey the rules of the road.

At a national level, as reported by the Centers for Disease Control and Prevention (CDC), in 2017, 1,024 individuals were killed in pedal-cyclist crashes (including riders of two-wheel, nonmotorized vehicles, tricycles, and unicycles powered solely by pedals).

The following chart shows the total number of bicycle crashes that have happened in Texas in the year 2017, categorized by the type of injury: 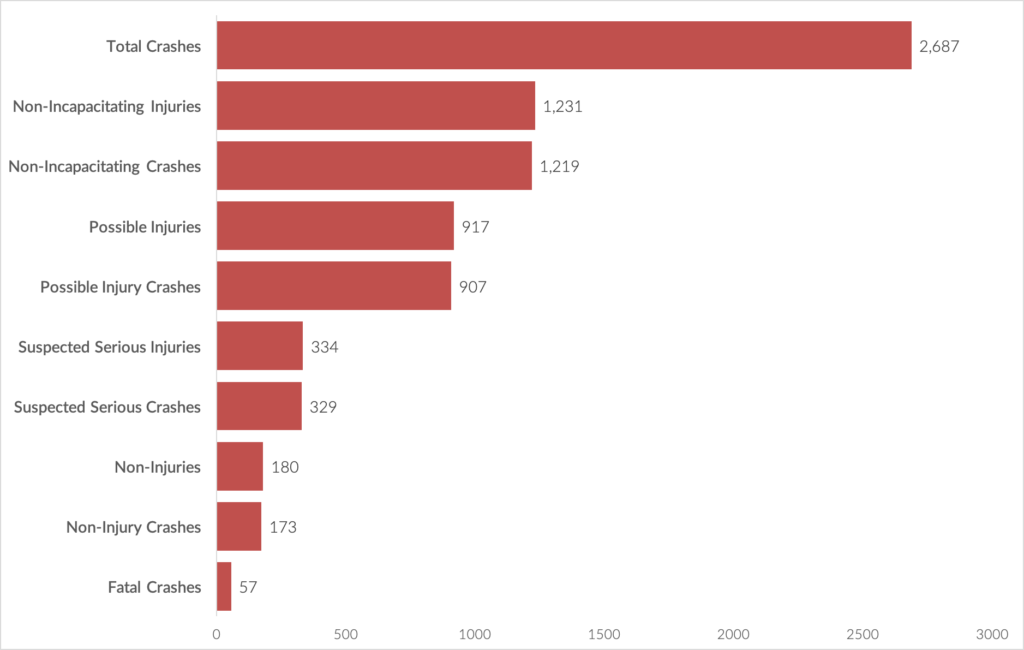 The table below shows the relationship between Age, Alcohol Use, and Bicycle Crashes across the United States for the year 2016.

Alcohol use is counted if either party involved in the crash had alcohol in their blood. With 26% of crashes involving alcohol, this is an issue that certainly needs more attention from the public.

That is why the Hill Law Firm is here. Our San Antonio bicycle accident lawyer knows and understands the laws concerning bicycle accidents and his team will conduct an investigation that will uncover all possibly negligent parties in yours. Hill Law Firm is experienced in helping those injured or killed in biking accidents.  Biking accidents are often caused by other drivers failing to pay attention and properly share the road with those cycling.  When biking accidents happen, the victims and their families are often in need of proven experienced lawyers to stand up for their rights against insurance companies, other drivers, and those standing in the way of justice.

The Texas Bicycle Accident Lawyer at Hill Law Firm not only has experience handling accidents involving bicyclists and vehicles, they also have spent years riding bicycles themselves, in fact, members of the Hill Law Firm have competed in bicycle races at various points in their lives,and they have spent considerable time riding for recreation and have seen the dangers associated with sharing the road for themselves. If you’ve been injured, or have lost a loved one in a biking accident, please contact the San Antonio Bicycle Accident Lawyer at Hill Law Firm today for a free case evaluation.