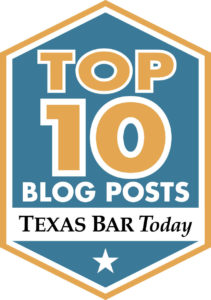 Late last month, a Texas-based radiation therapy company, SightLine Health, LLC, a nationally recognized operator of radiological therapy centers, agreed to pay the federal government a settlement that could cost them as much as $11.5 million, in order to resolve allegations that the company paid kickbacks to physicians who referred their services. These kickbacks came in the form of investment opportunities and dividends. Integrated Oncology Network Holdings LLC (“ION”), the company that acquired SightLine in 2011 and several other SightLine subsidiaries were also implicated and participated in the settlement, although ION accepts no responsibility for wrongdoing.

The settlement ends an investigation into the scheme, in which SightLine would invite physicians who referred their services to invest in one or more subsidiary leasing companies. Then, as profits from referrals were generated, they would distribute those in the form of dividends to those physician investors. From the perspective of the Department of Justice, those distributions compensated physicians and others for their referrals, which is in violation of the federal Anti-Kickback Statute, which means the company and the physicians involved were subject to liability under the False Claims Act.

In a statement the HHS-OIG said, “Companies seeking to boost profits by paying physicians kickbacks for patient referrals undermine impartial medical judgment and increase health care costs for everyone. We will continue to investigate such illegal, wasteful business arrangements in order to protect government health programs and the patients served by them.”

Likewise, the U.S. Attorney’s Office for the Northern District of Texas, as part of the statement announcing the settlement, said, “As the professionals charged with recommending and referring medical procedures for our community, physicians’ primary motivation must remain the well-being of their patients. Today’s settlement demonstrates our determination to eliminate complex business ventures that improperly interpose financial considerations into our physicians’ medical judgment.”

What is the False Claims Act?

The federal False Claims Act triggers civil and criminal penalties for making fraudulent claims under government contracts, as well as under Medicare, Medicaid and veterans’ benefits programs. While most of the claims triggering civil complaints under the law apply to Medicare, Medicaid and healthcare fraud, the law applies to many other areas, including federally-insured loan and mortgage programs, federal research grants, disaster assistance, farm support and any other area in which taxpayer money is being aided out under false pretenses.

Texas has its own version of the False Claims Act, which is mostly identical to the federal version of the Act. Texas False Claims Act actions also tend to bring about civil and criminal penalties. A couple of key differences are, under the Texas version, a party may be found liable if they present a claim under Medicaid (which is administered by Texas) for services provided by an unlicensed provider and it also provides for larger civil penalties for fraudulent acts that result in injury to a patient who is a child, elderly or disabled.

For its part, ION has not agreed to any wrongdoing and, in a statement by their CEO, Jeffrey Goffman, has insisted that the matter is solely related to “our subsidiary SightLine and its management team prior to our acquisition of SightLine in 2011, and is not related to ION nor our management team.” ION also filed suit recently in a Delaware court against the former owners of SightLine, in an attempt to reclaim the cost of the settlement and its legal fees.