Who Is at Fault in Most Motorcycle Accidents in Texas? 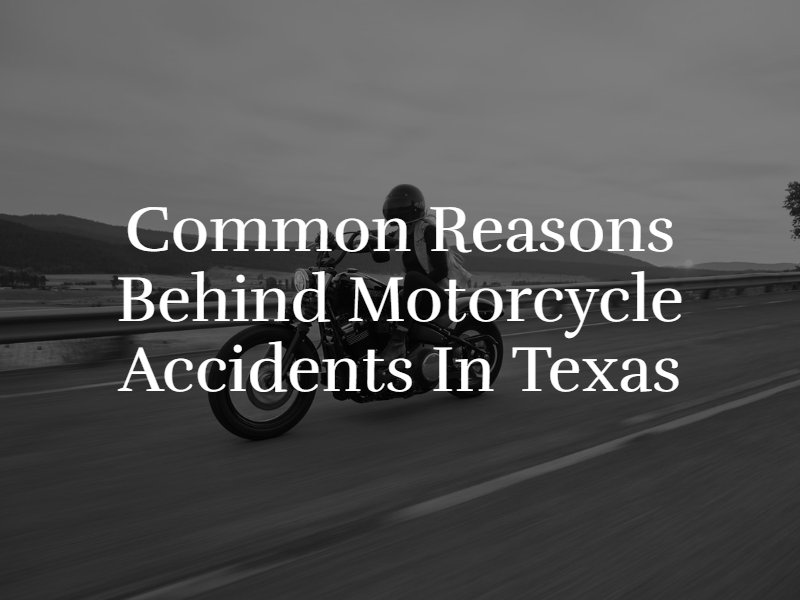 Determining the fault for a motorcycle accident requires understanding who or what caused the crash. For the most part, fault goes to the party that violated a traffic law or roadway rule leading up to the accident. This is often the driver of the motor vehicle. If a driver was speeding, for example, he or she may not be able to react quickly enough to changing roadway situations, such as a stopped motorcyclist.

The most common causes of motorcycle collisions in Texas are:

Based on the cause of the motorcycle accident, the at-fault party could be the motor vehicle driver, motorcyclist, the city government, a product manufacturer, a third party or a combination of multiple parties. You may need a motorcycle accident lawyer in San Antonio to help you determine and prove fault during an accident claim.

Why Do You Have to Determine Fault?

The insurance law in Texas makes it necessary to determine fault for an accident before you can recover financial compensation. Texas is a tort-based state, meaning the driver or party guilty of committing a tort that caused the crash is responsible for paying for damages. It is up to you as a victim to prove fault before you can recover financial compensation under this rule. You may need evidence to prove that the motor vehicle driver or another party caused your wreck, such as:

If you succeed in proving that the other driver is at fault for your motorcycle wreck, his or her car insurance company may be responsible for paying for your medical bills, motorcycle repair or replacement, lost wages, and other losses. If the other driver does not have insurance, however, you may need to seek financial compensation from your own insurance provider instead.

Proving fault is a difficult concept that may require assistance from an attorney – especially if you are dealing with serious injuries as an accident victim. Contacting a motorcycle accident attorney after an accident can lead to a comprehensive crash investigation, the preservation of key evidence and the hiring of qualified experts to help you establish fault for your motorcycle accident.