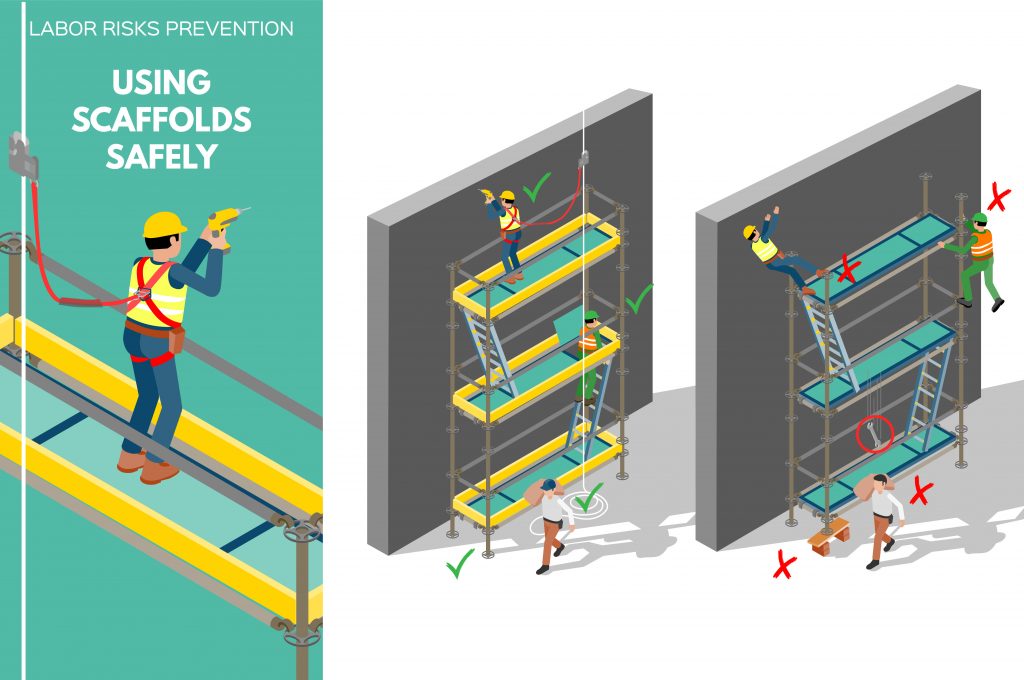 Scaffolding is inherently dangerous. Workers are at heights with a lot of potential risks. When Texas employers do not take safety seriously, Texas workers get hurt.

With this, the fifth entry in our ongoing series on the state of workplace safety in San Antonio, Bexar County, and Texas in general, we discuss another of the most common safety issues in the state, having to do with the use of scaffolding at work sites. Then, last week, the news brought the subject home.

According to New York City fire officials,  at least five construction workers were killed last Wednesday, July 15, 2020, when a 14-story-high scaffolding structure collapsed at the site of an under-construction New York City office building. Also, three firefighters were hurt slightly hurt in the collapse, which left behind a pile of steel, stone, and wood that reached up to the third floor of the building.

Some witnesses suggested the scene was not unlike the search for victims in the wake of the World Trade Center terrorist attack on Sept. 11, 2001. New York City police and fire department personnel sifted through the rubble looking for anyone who may be trapped underneath. At the same time, search dog teams walked over the pile as the animals tried to pick up the scent of any victims beneath. In all, about 250 first responders arrived at the scene, including some who had worked in rescue operations at the World Trade Center in 2001. Most worked in  “bucket brigades,” in which they cleared rubble and handed steel rods from one to another as they attempted to clear the pile of debris.

While this tragedy happened in New York City, don’t make the mistake of thinking such a thing can’t happen here in San Antonio. In fact, scaffolding is a common sight anytime the economy is going well and construction is common. Scaffolding is used on a large number of construction projects because it allows workers to be able to reach heights not possible with a conventional ladder. According to the Occupational Safety and Health Administration (OSHA), roughly 65 percent of  construction projects utilize scaffolding somewhere in the project. Nationwide, the agency suggests that taking all proper steps to protect those workers using scaffolding, employers could prevent 4,500 injuries and 60 deaths nationwide every year, with San Antonio and Texas suffering a fair share of those.

The Primary Causes of Scaffolding Accidents

Recently, the Bureau of Labor Statistics (BLS) completed a study showing that 72 percent of workers who have been  injured in scaffolding accidents suggested that  one of the following was the cause of the accident:

OSHA has established strict standards for scaffolding. If followed, these standards will almost always prevent most scaffold accidents from even occurring. In fact, if you suspect that OSHA guidelines are not being followed at your construction site, you should not hesitate to report it to OSHA.

The Basic Dos and Don’ts of Scaffolding Safety

Here are some simple steps any workplace can take to maintain control of the hazards present when working on a scaffold:

As with anything else related to workplace safety,  communication is key, which is why it is important to implement a scaffold tagging schedule. Tags identify whether a scaffold is safe or unsafe for use through the use of red, green, or blue tags.