Who Is at Fault in a Car Accident Changing Lanes?

Safely navigating roads and highways takes effort as a driver. Although driving may become second nature over time, it remains a driver’s responsibility to pay attention to the road, watch for oncoming cars, obey traffic laws and check mirrors before changing lanes. If someone gets into an auto accident while changing lanes, fault may not be simple to assign. The other driver could refuse to admit negligence, or both drivers could share fault for the collision. The defendant will depend on the unique circumstances of the case. Here, our San Antonio personal injury lawyers discuss who is at fault in a changing lanes car accident. 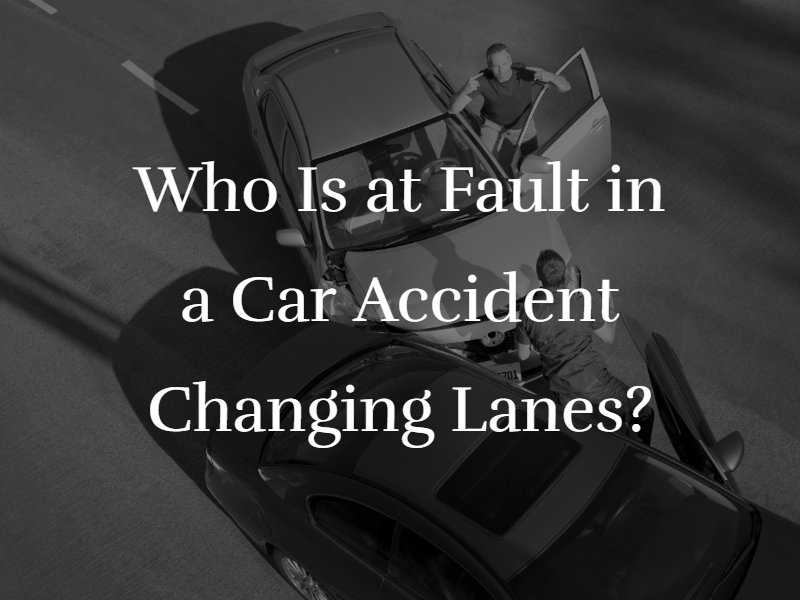 The most straightforward changing-lane accident cases involve one vehicle in the lane and another merging into that lane. Liability for these collisions is most likely with the driver changing lanes. If the merging driver does not make the lane change safely or prudently, the driver will most likely be responsible for causing an accident. The merging driver could be guilty of many acts of negligence that lead to liability for a collision.

It is always the driver changing the lane’s responsibility to perform the maneuver safely. If it is not safe to change lanes, the merging driver must wait until it is safe to do so. A safe lane change means no other vehicles are in the way and surrounding drivers have fair warning of the merge. The destination lane should have enough space to adequately accommodate the merging vehicle without other drivers hitting their brakes or moving out of the way. If the driver changing lanes does so abruptly, without warning or without enough room to do so safely, he or she could be liable for an accident.

Distracted and negligent drivers can cause lane-change and other serious car accidents in Texas. They may not be paying enough attention to the road to operate their vehicles safely or prudently. A distracted driver could merge into another lane without adequately checking to see if it was safe or cut another driver off without caring about the consequences. All types of reckless driving could lead to legal responsibility for a lane-change accident.

If one driver was negligent, distracted or otherwise reckless during the lane-change accident, that driver could be liable for damages. It is a driver’s duty to change lanes safely without causing a collision. Failure to do so, due to driver negligence, will point to fault for the accident. The other driver may have to prove negligence through evidence such as crash re-creation, the distracted driver’s cellphone records or eyewitness reports.

Some lane-change accidents are especially difficult to analyze because both vehicles were attempting to merge at the same time. Instead of only placing the blame with one merging driver, both may be partially responsible for damages. The merging driver with a safe destination lane will have the right-of-way to merge. If neither driver had an opportunity to safely change lanes, they may both be accountable for the collision.

Texas is a modified comparative negligence state. Both drivers in a double lane-change accident could share fault and still receive compensation for their damages.  The courts will award compensation according to each driver’s percentage of fault. As long as the driver is less than 51% at fault, he or she could be eligible for financial recovery. Maximizing the recovery amount for one driver will take establishing that the other was more at fault for the wreck. Call us today for a FREE case consultation with a skilled San Antonio car accident attorney.