Where Do Most Bicycle Accidents Occur?

A bicycle accident has the power to severely or permanently injure a cyclist. In 2019 alone, 68 bicyclists lost their lives in bicycle accidents in Texas. Every year, organizations such as the National Highway Traffic Safety Administration (NHTSA) and the Texas Department of Transportation collect crash data in an effort to learn where bicycle accidents take place. This information can help bicyclists and other roadway users reduce the risk of collisions and personal injury. 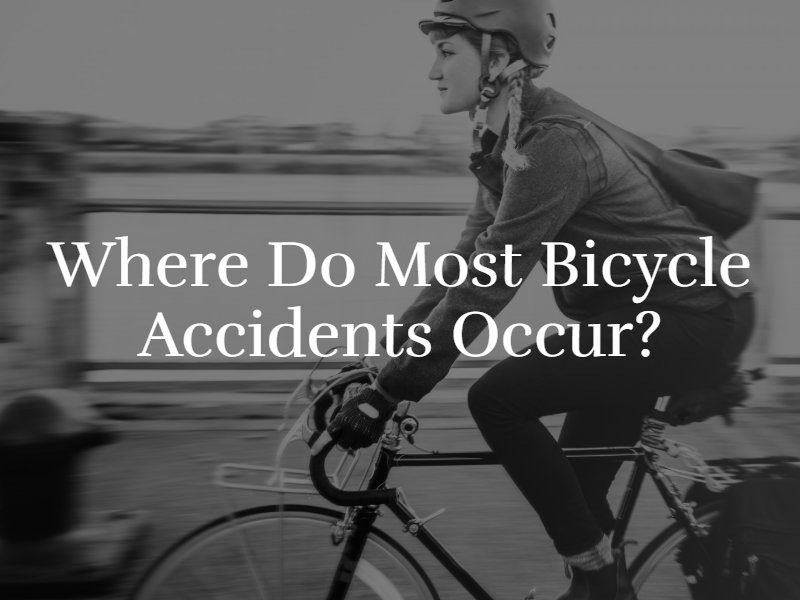 Crash data collected by the NHTSA states that three-fourths (75 percent) of fatal bicycle accidents in the U.S. take place in urban areas, such as cities and downtown areas. Only 25 percent of fatal bike accidents take place in rural areas. This means that in Texas, you have a much higher chance of being killed in a bicycle accident in downtown San Antonio than outside of city limits.

According to Share the Road Texas, bicycle accident statistics over a five-year study period found that the most dangerous urban areas in Texas are Houston and Austin. Harris County and Travis County reported the highest number of total bicycle accidents in the study period (1,149 and 1,112, respectively). Bexar County (San Antonio) reported 595 accidents, placing it fourth behind Dallas County (681 accidents).

Major public roads are dangerous locations for bikers. Heavy vehicle traffic and higher speed limits on these roads increase the risk of serious and fatal collisions. Although there are laws in place to help bicyclists and automobiles share the road, many people ignore or disobey these laws. This can lead to motor vehicles colliding with cyclists or vice versa.

Share the Road Texas reported that 40 percent of fatal bicycle accidents in Texas occurred on driveway access roads over a five-year period. This was more than at intersections (24 percent) and non-intersections (20 percent). Driveways are dangerous for bicyclists because drivers may not pause and check for cyclists before reversing into a sidewalk or bicycle lane. Drivers should check both mirrors, look over their shoulders and proceed out of their driveways slowly while checking for cyclists to avoid collisions.

Injured in a Bicycle Accident? Get Help

Although biking in a dangerous location can increase your risk of a traffic accident, you still have the right to expect surrounding motor vehicle drivers to respect your right to the road and drive prudently. If you’ve been injured in a bicycle accident in San Antonio, contact an attorney right away to discuss your legal options. The driver that struck you may be financially responsible for your medical bills and other losses.