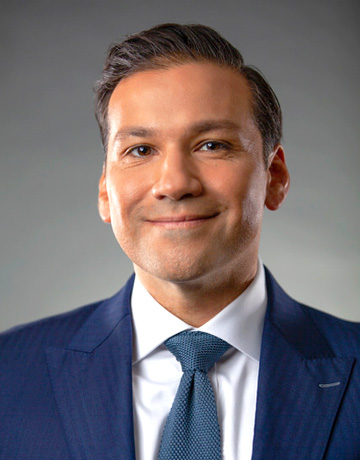 Steven was born in Chicago, Illinois, but got to Texas as soon as he could. At the age of one, he and his family moved to Harlingen, Texas in the Rio Grande Valley. He attended Harlingen High School where he played football and was the Editor-in-Chief of the school newspaper. Steven attended the University of Texas at Austin, majoring in journalism. After college, he joined friends in Los Angeles, California and spent a few years pursuing a career in film and television.

After Los Angeles, Steven was called back to Texas and began working in the City of San Antonio’s Economic Development Department. There, he helped small and minority-owned businesses compete for lucrative City contracts.

Fueled by his passion for championing the underdog, Steven attended Baylor Law School, graduating with honors. While in law school, Steven was an Executive Editor of the Baylor Law Review and a member of Baylor Law’s prestigious mock trial program, competing on several mock trial teams. He and his partner competed against over 160 teams from across the country and were named National Champions of the 36th Annual National Trial Competition.

Steven began his career as a trial lawyer fighting on behalf of individuals hurt by the wrongful conduct of others. Out of law school, he joined a nationally recognized plaintiff’s injury firm representing cancer victims and their families hurt by the wrongdoing of some of the country’s largest corporations. He was a member of multiple trial teams and helped secure millions of dollars in verdicts and settlements across Texas, Pennsylvania, California and Louisiana.

In 2014, Steven started his own law firm taking on criminal, family, and personal injury cases. He eventually decided to focus exclusively on personal injury litigation, and has been fighting for injured families and individuals ever since.

Outside of the office, Steven has served as a board member for several local non-profit organizations. He also enjoys teaching young aspiring lawyers the art of trial advocacy and has been a coach to both high school and law school mock trial teams. Steven is a parishioner of St. Francis of Assisi Catholic Church in San Antonio.

University of Texas at Austin, B.A.